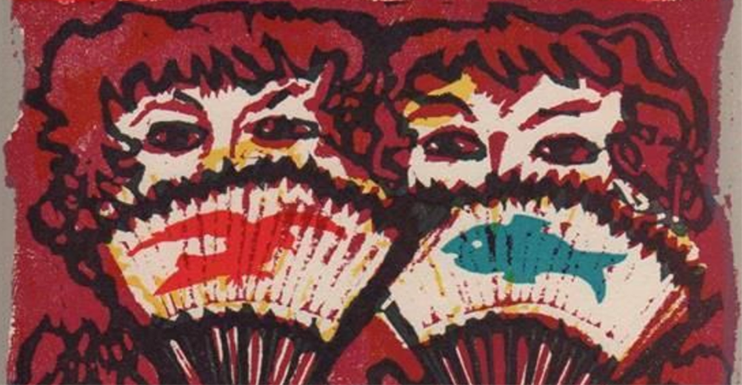 Here, it happened again, almost as suddenly as it happened to “that honest brigade” of the Decameron, we find ourselves closed at home, safe from the disease, and committed to inventing a way to manage time and learn from this moment too .

A book has the power to evoke spaces and cities, take us around the world, discover places, stories and culture.

Do you want to get to know Florence and the Florentines better? Here are some reading suggestions.

Aldo Palazzeschi with his Sorelle Materassi tells the story of four women, including three sisters, in the Florentine suburb between Coverciano and Settignano. Two sisters, the embroiderers Carolina and Teresa Materassi, elderly spinsters who lead a gray and sad existence, in the company of the third sister Giselda and the servant Niobe. Boredom is interrupted by the arrival of the young Remo who …

Metello, a historical novel by Vasco Pratolini, follows the story of a popular hero over the span of time from 1875 to 1902, perhaps the most difficult and complex period in Italian history after the Unification. But also read or reread The Naked Streets, set in the Santa Croce neighborhood in 1932, where everyday life comes to life and the events of a poor neighborhood become the protagonists. Pratolini’s books set in Florence are also to be read Lo Scialo, Chronicles of poor lovers, Family Chronicle.

THE HISTORY OF MEDICI FAMILY

And after two Florentines, Matteo Strukul a Paduan who in 2017 won the Bancarella Award for his historical novel I Medici: a dynasty in power, which traces the history of the Medici family (Cosimo the Elder and his brother Lorenzo), from bankers to Lords of Florence. In addition to them, the figure of Brunelleschi stands out, engaged in the construction of the dome of Santa Maria del Fiore.

How can we forget Edward Morgan Forster’s Room with a View?

Lucy Honeychurch’s vacation in Florence, with her elderly cousin Charlotte, opens her mind to her rigid vision of life imprisoned in the social conventions of her middle class. Lucy finds herself torn between the intensity of life in Italy and the rigid morality of Victorian England. Who will win…?

Beyond novels and history, today there is fantasy, noir.

Dan Brown in his fourth chapter of the saga (Inferno) sends Professor Robert Langdon to Florence to stop a plot that threatens humanity. Here he tries to reveal the secrets of Palazzo Vecchio, Palazzo Pitti and above all the mysteries that Dante Alighieri has hidden in the verses of Hell.

Last but not least, the children’s books where Florence is the protagonist.

Il Giornalino by Gian Burrasca, is a novel that Vamba (the Journalist Luigi Betelli) wrote straight away, in 1907, recounting in the form of a diary some episodes of the protagonist’s life, studded with hilarious pranks, hysterical scenes of older sisters, angry reactions parents always waiting for the new and unpredictable ideas of their Giannino.

Dig and the Mystery of the Boboli, by Joshua Held. Traveling to Florence, Dig visits the Boboli Gardens where he comes into contact with a strange species of creatures with whom he ventures into the historic center of Florence among museums and monuments. With a surprise arrival at the Science Museum, where …

Pimpa goes to Florence by Altan The famous dog with polka dots guides us around the city with a map and many postcards. Inside, games, riddles, comics and activities to do on the go or at the table.