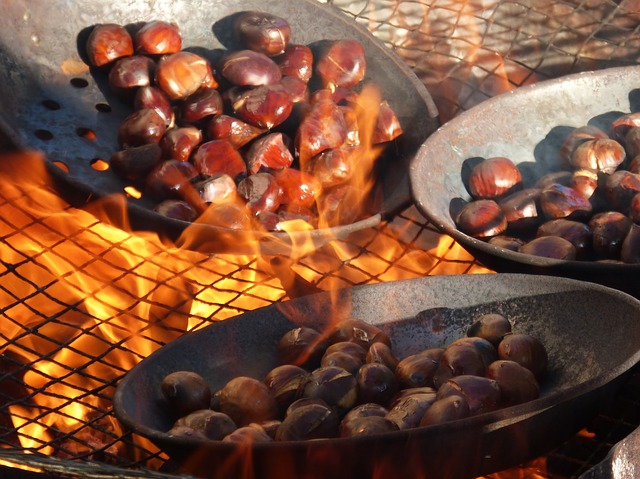 From the Casentino to the Monte Amiata, from the Mugello to the Pistoia mountains, up to the Lunigiana, October is a multiplication of festivals and feasts dedicated to another fruit of the Tuscan landscape, as are olives, chestnuts.

The chestnut grove shows itself as the most typical and representative wood of the Tuscan landscape, when you leave the hills and climb the mountains.

Moving from Castagna Pistolese to Marrone di Caprese Michelangelo, to the brown colors of Mugello up to Marron Buono di Marradi, we can taste productions of extraordinary goodness of a fruit with the Igp brand – Protected geographical indication – which are the Chestnut of Monte Amiata and the Marroni of Mugello, that lets itself be cooked in a thousand ways, changing its name according to the cooking methods and areas: dried and then reduced to flour to make “bread of neccio” (it was the bread of the poor in the mountains or in famines when the grain was scarce) , pasta and desserts or polente (sweet bread, tagliatelle pasta, chestnut cacke, pattona cake) but also a tasty “velvety”, boiled (humble cooked chestnuts but also fine marron glacè), cooked under the ashes or roasted (burnt or roasted), in all excellent ways.

WHERE TO GO: TOP FESTIVALS IN TUSCANY