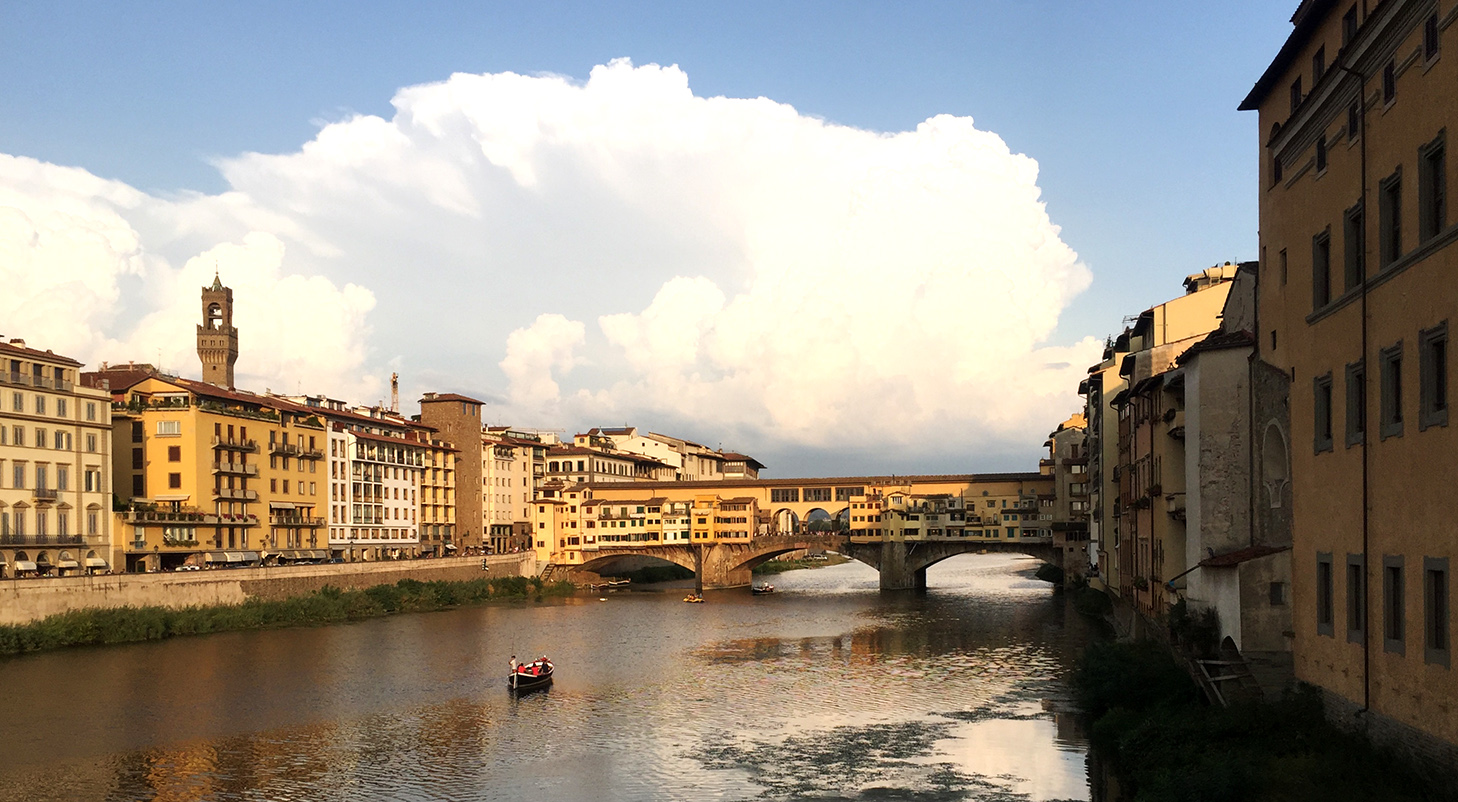 The Arno is the heart, soul and damnation of Florence.

It is at the same time a place of separation and union, of games and shows. It carries whispers and threats, wealth and death, furiously embraces it and devastates it with its silty entry into the city. It is the waterway that intimately links the land drawn by the hills to the sea, which opens the way to distant worlds. It is the commercial route served to enrich its merchants and craftsmen. It is the romantic river that turns red at sunset, silver on moonlit nights.

“Cloths” were washed in the Arno, bathed and at night and the firmament is “mirrored in the Arno, but the Arno is not only silver as Cesare Cesarini sang (Firenze Sogna).

Many, many poets not only Italian or Florentine, have declaimed it … and not always treating it well.

From Dante to Neruda, here is the Arno in poetry:

And I: “A small stream winds through Tuscany,

which up in Falterona hath its rise,

and is not sated by a hundred miles.

that one then replied to me;

who spoke before, “thou talkest of the Arno.”

Within your multicolored bridges

And in quiet reflections it barely fringes

Your home was a flash seen from the train. Curve on the Arno like the Judas tree that wanted to protect it. Maybe there is still or is only a ruin.

And when they resisted

on the mist basin

in the light of the river

between the mountains of Consuma

It was at night. I trembled feeling almost asleep what the sweet river told.

I don’t know what paintings and books say (not all paintings nor all books just a few), but I know what all rivers say.

They have the same language that I have.