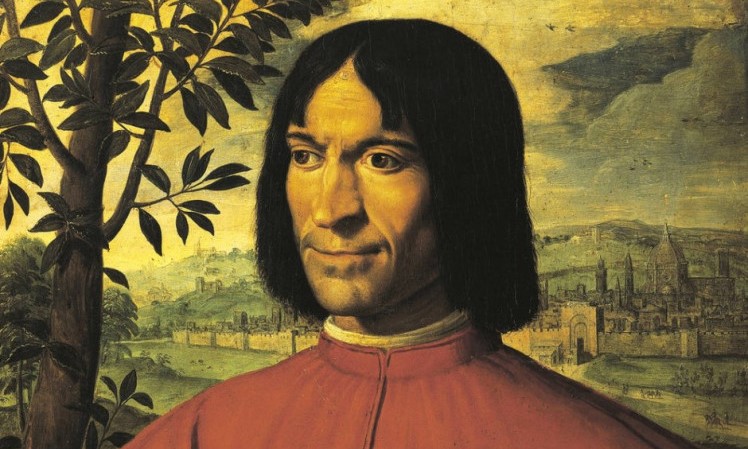 Now that the TV series, “I Medici – Lorenzo il Magnifico” (original title “Masters of Florence”), broadcast on Italian tv is over, we can say that the film, to be completely enjoyed, should not be taken too seriously. Too many and exaggerated romantic quarrels and political intrigues, too many solitary journeys on horseback … To put in words what Lorenzo would say “to do good, there must be good in us” … and this character is not like the Lorenzo that we really know and love.
Lorenzo de’ Medici was one of the leading figures of our Renaissance. He was not only a skilled political man, but also a great connoisseur of all the arts, welcomed and protected painters, sculptors, poets, he was the one who made Florence the “artistic jewel” that we know today.
Despite the young age at which he came to power, he was an excellent politician, but above all, he was a bold financial man who managed to consolidate the power and heritage of the family and of Florence.
And so, superfine politician, excellent banker, artist and poet, not surprisingly called the “Magnificent”, Lorenzo loved life in all its shapes, not least good food.
In his book Canti Carnescialeschi he makes a long list of his favorite foods: mashed, milks, herrings, fried frog legs, sausages, roasted fava beans, cheeses like pecorino di Pienza and “cacio marzolino”, a cheese produced and eaten in March (this is why is called “marzolino”).
Here, “Let him be joyous who will, there is no certainty of tomorrow …”
(from the refrain of A song for Bacchus, the most famous of Carnival Song)