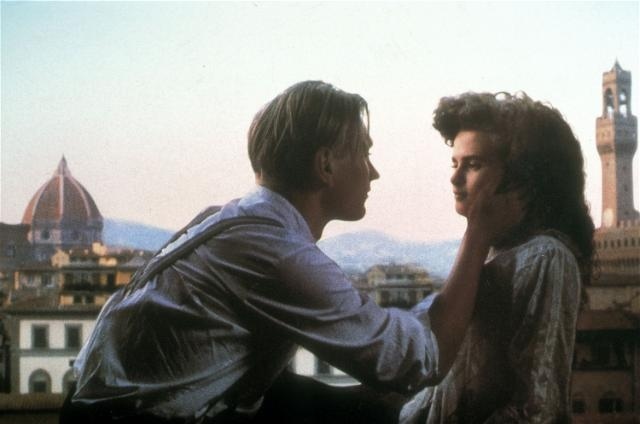 The French writer Marie-Henri Beyle Stendhal, during his trip in Italy, had a sense of loss and vertigo described in Florence:

“I had reached that level of emotion where the celestial sensations given by the arts and passionate feelings meet. Coming out of Santa Croce, I had a heartbeat, life had dried up for me, I was walking fearing to fall “.

So where, if not in Florence, could Dario Argento shoot a movie like “Stendhal Syndrome” …? Also in the movie, referring to that emotion, the police officer (played by Asia Argento), faints right in front of the masterpieces of the Uffizi Gallery.

Thousands of tourists, every day discover the enchantment of the sights of Florence, of the streets and squares walking among monuments and historic buildings, crossing bridges, visiting museums. That’s why so many directors chose Florence as a set for their movies. Some titles?

And only Florence could be the protagonist (not just the scenography) of the jokes and supercazzole (playing games with words that have no sense) of Amici Miei (My Friends) by Mario Monicelli.

Just like in Florence, the movies inspired from the books of the Florentine Vasco Pratolini (Family Chronicals, Chronicles of poor lovers, The girls of San Frediano, Metello) and Leonardo Pieraccioni, which in total set 5 films in the Tuscan capital, from I Laureati (The graduates) to Io e Marylin (Me and Marilyn). Other comedians before him had as protagonist Florence: A ovest di Paperino (From west of Paperino – name of a district of the city) of the Giancattivi (Alessandro Benvenuti, Athina Cenci, Francesco Nuti – who will shoot many movies in the heart of the city) and Ricomincio da tre (Re-start from three) by Massimo Troisi.

And, recently, in the streets of Florence has wander also the Professor Langdon, based on the novel by Dan Brown, Inferno interpreted by Tom Hanks and directed by Ron Howard.