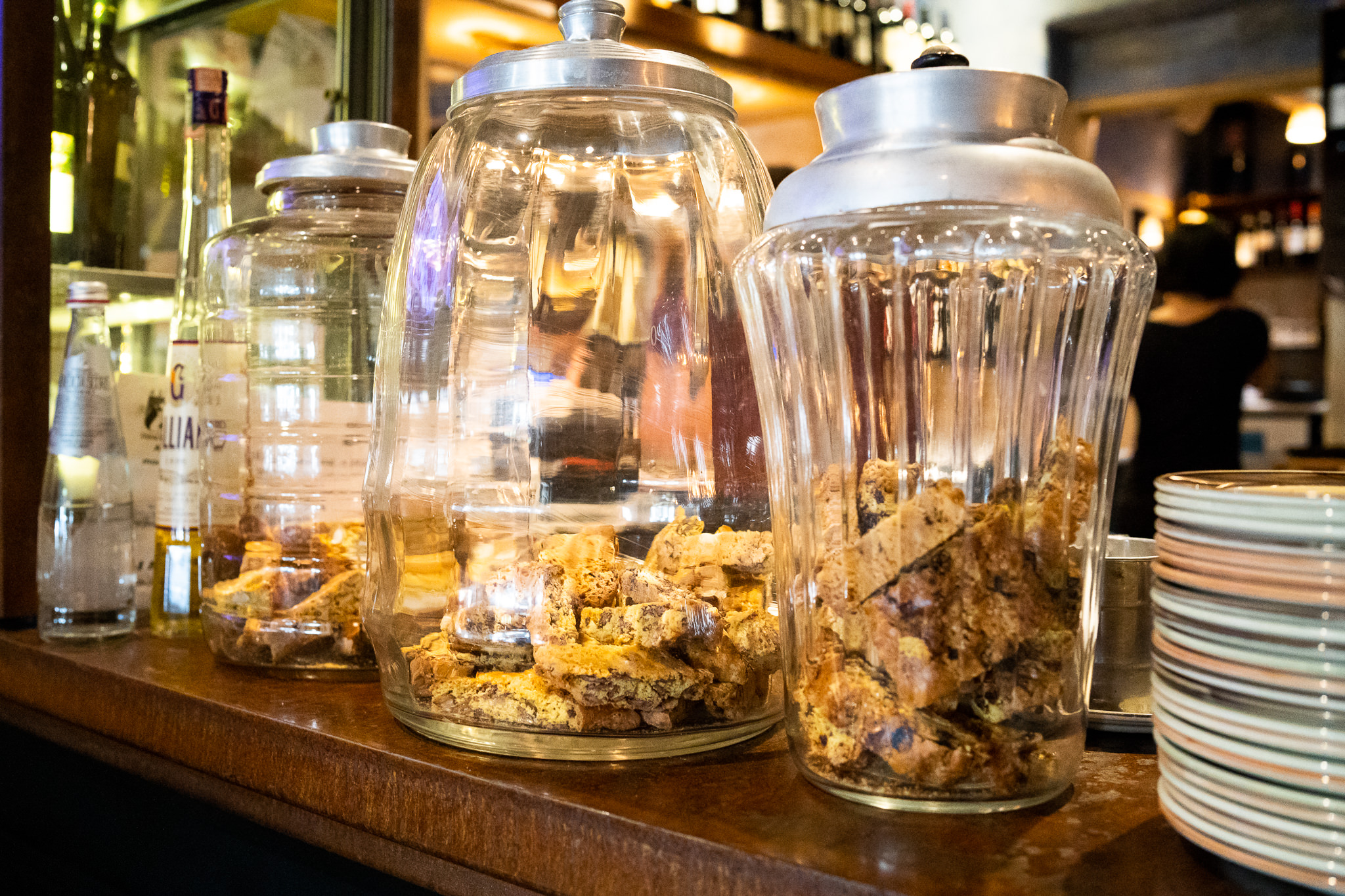 From Siena to Pisa, from Florence to Pistoia, to finish (as at dinner) in Prato, it is a veritable riot of dried fruit cakes and biscuits with unusual shapes. So good that are perfect not only for Christmas but all year long.

Undoubtedly the Panforte is the one that historically has the oldest roots, whose recipe today is the result of a gradual transformation of the primitive “sweet bread” of sweet flour, dried fruit and water in which the apples were washed, but which quickly acquiring an acid smell, therefore “fortis”. At that time it was called Pane Natalizio (Christmas Bread), Pane Aromatico (Aromatic Bread) or Pan Pepatus (Pepper Bread). In addition to its alleged aphrodisiac qualities, this “bread” also played the role of “emergency food” to feed the Sienese militia. A curiosity: the ingredients that make up panforte are seventeen, as from 1675 seventeen are the Contrade of the Palio (a horse race that is held twice each year, on 2 July and 16 August, in Siena, Italy).

The tradition of tasting Tuscan Panforte for Christmas is also reported by Pellegrino Artusi (an Italian businessman and writer), who recommends it for Christmas lunch in the “Science in the Kitchen and the Art of Eating Well” (1891).

The brigidini of Lamporecchio (Pistoia) are thin and very friable waffles, yellow-orange, which smell of anise, and which are sold not only for Christmas but also in the country fairs. The anise wafers are born in a convent of nuns devotees to Santa Brigida of Sweden, who, in the mid-sixteenth century, invented these biscuits.

Copate are also based on honey, walnuts and almonds, a sort of crispy enclosed between two hosts that seems to have been prepared since before the fifteenth century. Even this recipe was born in a convent: it seems that it was precisely the nuns of Montecelso, in Siena, who had the idea to pair the hosts, stuff them and make them a dessert for Christmas Eve.

Born in the fourteenth century in the Tuscan courts, were introduced by Ricciardetto Della Gherardesca (a member of the noble family “Della Gherardesca”) returning from the crusades in Turkey. The oval shaped biscuits are based on almonds, sugar and egg white and are usually soft and covered with icing sugar.

Also known as “pepini”, even these Christmas sweets come from Siena. The biscuits, round and squat, are very hard and stuffed with candied fruit (cedar and orange), walnuts, grated orange, aniseed and flavored and perfumed with spices such as cinnamon, nutmeg, cloves.

Last but not least, the famous “cantucci di Prato”, offered to conclude lunches and dinners from all the Tuscan restaurants and that, in Tuscany, also close in the perfect way dinner and Christmas lunch.

The dictionary of the Accademia della Crusca (an Italian institution that gathers scholars and experts in linguistics and philology of the Italian language) tries to give for the first time the definition of “cantuccio” already in 1691: “sliced ​​biscuit, with flour, with sugar and egg white”. Only after a century will it be possible to find an official recipe on a document drawn up by Amadio Baldanzi, citizen of Prato. In the second half of the nineteenth century, the pastry chef from Prato Antonio Mattei recovers the recipe by revisiting it, making it traditional and distinct from all the variations that followed one after the other.