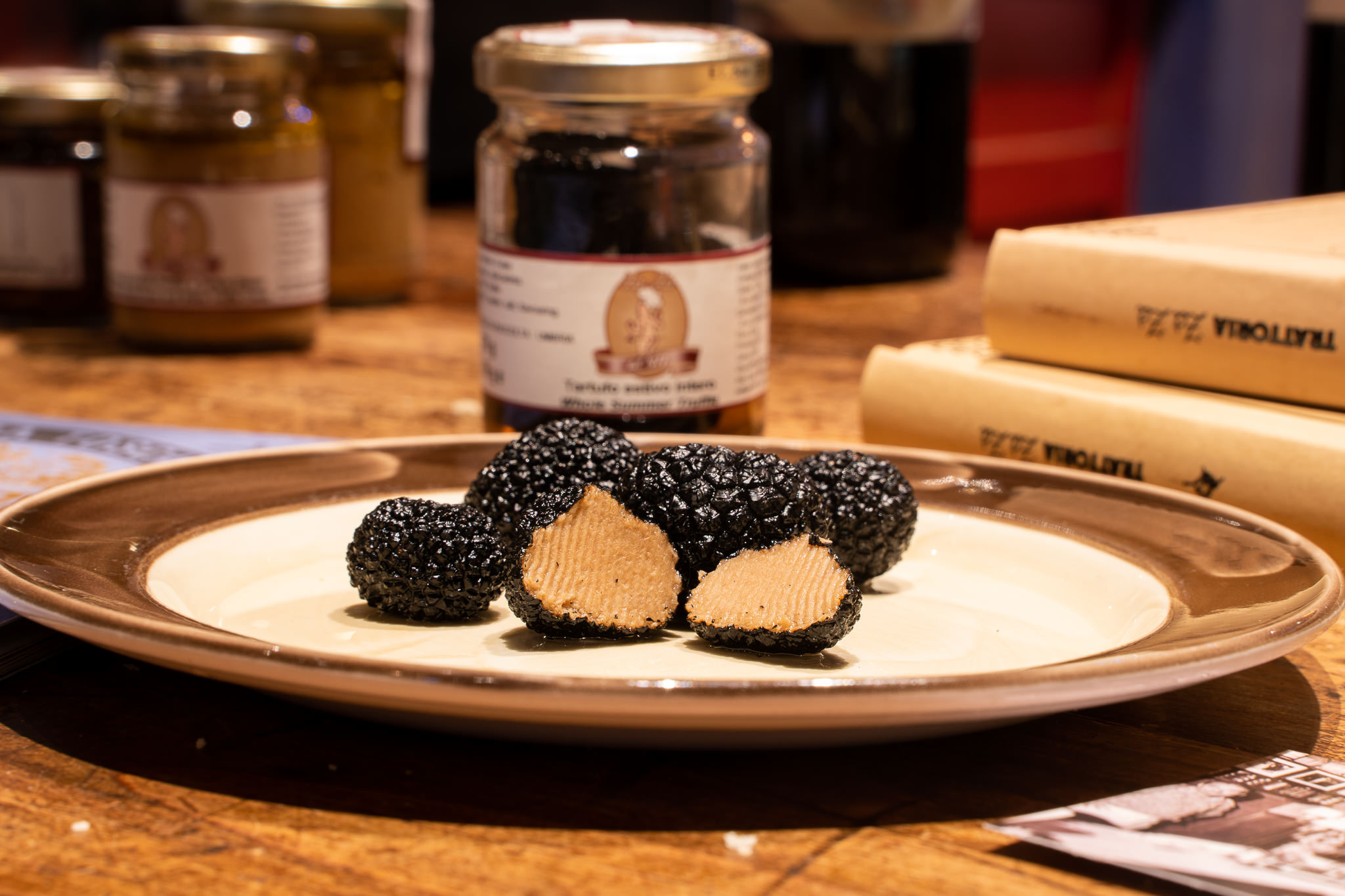 An ancient rite that is celebrated at dawn, even today: a man, a dog, the silence of the woods. A secret art, tied to the bond with nature and with one’s dog, often handed down from father to son, because truffles almost always grow in the same places, next to the same plant. Finding one is not just competence or luck, it is a pleasure, a satisfaction that borders on enjoyment.

In ancient times the truffle was considered food of gods, rich in aphrodisiac powers and therefore loved by Jupiter, so much so that the Romans cooked it under the ashes and tasted it with honey.

During the Middle Ages it was pointed out as food of the devil and banished from the table, it was in the Renaissance that the truffle was not only rediscovered, but that it became a great protagonist, so much so that, in 1500, Caterina de ‘Medici brought the white truffle to the French court that grew in the Medici Castle of Cafaggiolo in Barberino di Mugello (FI).

It was the consecration, since then it was adopted in the courts of the nobles, becoming excellent food and food for kings. Until the last century when Marilyn Monroe wanted truffles on the menu of her wedding with Joe di Maggio. Then John Fitzgerald Kennedy and First Lady Jaqueline, on vacation in Ravello, tasted it and fell in love with it. And another US president, Ronald Reagan, had white truffles delivered to the Rome embassy and had them sent to Iceland for the meeting with Gorbachev in Rejkjavich.

Tuscany presents itself as a region extremely suited to the production of truffles, in particular its territory is very productive with respect to the white truffle which, from a food point of view, is by far the most prized among the edible truffles. The collection is allowed from September 10th to December 31st.

Today the truffle is on the table of those who love it and cannot miss in the menus of the best restaurants in the world.