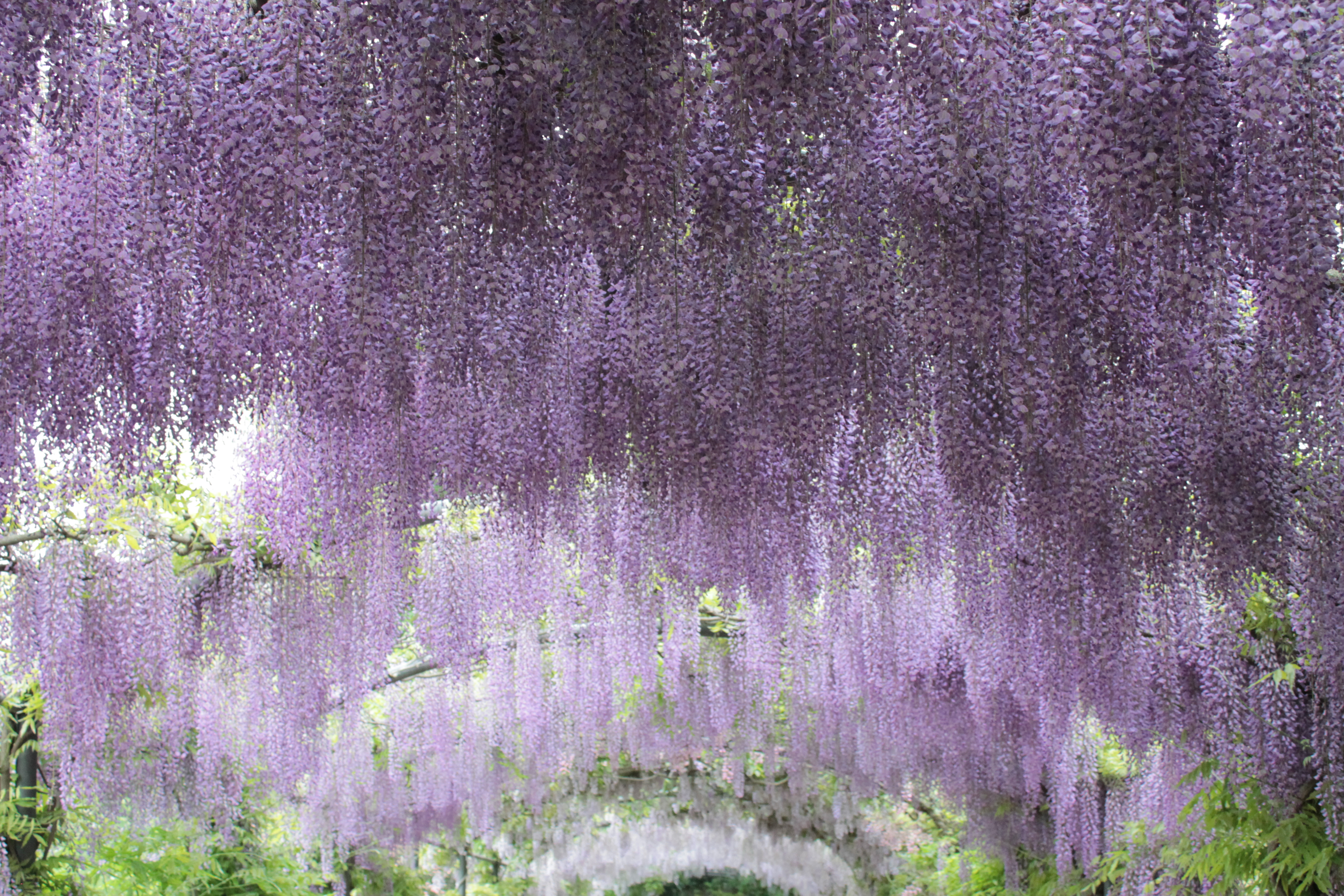 In Florence, “city of the flower”, even the gardens are true works of art, rich not only in flowers, but also in history.

Two are almost in the city center: Boboli and Villa Bardini. Two others are below Piazzale Michelangelo, dedicated to two beloved flowers in Florence: the Roses and the Iris. The last one is in via Bolognese and hosts a beautiful flower and plant market.

A true outdoor museum, with monuments, statues and fountains, a natural, varied and changing succession of different gardens; an unpredictable universe populated by fantastic presences that exercise amazement, seduction and undisputed charm. It is the garden desired by the Medici for their home: Palazzo Pitti.

The best landscapists and gardeners of the ‘500 created a grandiose Italian garden modeled on the royal family of Europe.

A wonderful wisteria porch welcomes you until late May, among statues and ornamental blooms with an extraordinary panorama, an embrace to the city that goes from Brunelleschi’s dome to Palazzo Vecchio to Santa Croce.

Below Piazzale Michelangelo, to the right, looking at the view, stands the only garden in the world entirely dedicated to this flower, symbol of the city of Florence, represented by the emblem of the Florentine lily. In its two and a half hectares, in the shade of ancient olive trees, the Iris Garden welcomes over 2000 varieties every year. It is open from April to May, the flowering period; in the rest of the year, visits are by appointment.

Another spectacular view of the city: over 350 varieties of roses bloom throughout the spring, scattered among about a thousand botanical species. Walking among the paths we meet twelve works by the artist Jean-Michel Folon, greeted by flower beds or trees and bushes, up to a Japanese Shorai Garden, donated to Florence by the twin city of Kyoto.

A nineteenth-century garden with the magnificent Tepidarium of Roster in the center, (designed by the architect and engineer Giacomo Roster) a liberty greenhouse in iron and glass of refined elegance, which hosts a market of plants and flowers at the end of April. Even from here the view of Florence has a new and spectacular perspective.