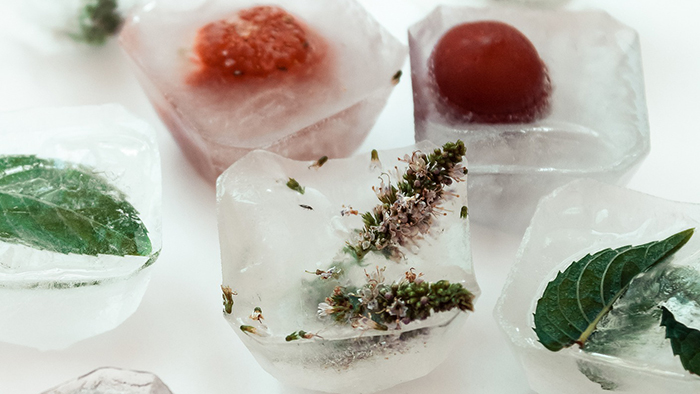 In this period, even in Florence and its surroundings, as in many other parts of Tuscany and Italy, temperatures hover around 0 degrees. A few centuries ago this was the right time to stock up on ‘freshness’ for the summer.

In Florence it was the Medici who expressed the desire to follow the new fashion of drinking fresh things during the summer, and the court architect and superintendent of the arts, Bernardo Buontalenti, strove to preserve and maintain snow and the ice, which he brought from Abetone.

Taking a cue from Sumerians, Egyptians and Romans, he invented the “iceboxes”, constructions in earth and straw, later in stone and brick, with an unusual and particular shape that served that purpose: to preserve the stocks of snow and ice.

Many were built: along the defensive moat of the Mugnone river stream used for the collection of snow and ice, they were kept well compacted and covered in deep holes, in the shade of the walls and under conical wooden roofs or in thatched structures. Snow and ice were also preserved in the city, as a street near the Fortezza da Basso recalls: Ghiacciaie Street. Other structures with a conical roof, insulated inside with straw, were present along the walls from Porta al Prato to Porta San Gallo up to Porta a Pinti, near the hill that in the future will become the so-called “English Cemetery”, all of them were filled in winter with pressed snow from the hills and the Apennines.

Later these first structures for the conservation of ice, became real specialized constructions that we can still see today: in the Boboli Gardens (the Big and Small domed iceboxes designed by Mechini in 1612 and dug into the rock up to about 20 meters depth), or – in the shape of a pyramid – at the Cascine, designed by the architect Manetti in 1786. True masterpieces of hydraulic engineering.

Thus it was that from the first sorbets of Ruggieri, alchemist and astrologer in the service of Caterina de ‘Medici, we moved on to frozen creams and semifreddo (like the Florentine Zuccotto), where they were used for the first time, thanks to the inventiveness of Bernardo Buontalenti , also milk, cream and eggs.