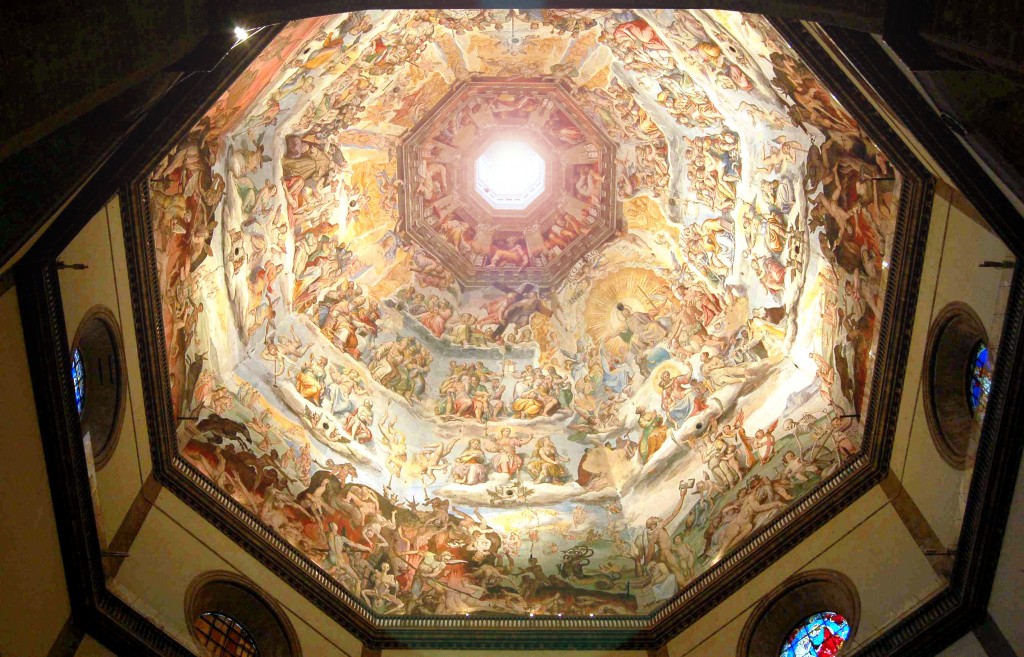 Florence Cathedral’s gnomon, whose name derives from Greek and stands for “indicator,” worked smoothly until the beginning of the 1500s, when, following the concern of any collapse of the Brunelleschi Dome, it started being used to monitor the stability of the church. Three centuries later, in 1754 Leonardo Ximenes (Jesuit priest and mathematician at the Grand Ducal Court) brought the gnomon back to its original function: it was an indicator of the Sun’s passage, announcing the arrival of summer. It is one of the most unique spectacles in the world: the sunrays shine down through the Brunelleschi’s Dome, composing the image of the solar disc and perfectly matching (and overlapping) the marble circle on the floor of the Duomo.

Designed for the Duomo by mathematician Paolo Dal Pozzo Toscanelli in 1475, the cathedral’s gnomon is 90 meters high and is the largest indicator in the world. It was designed to measure the Sun’s position in the sky.

Thanks to the Opera of Santa Maria del Fiore and the Comitato per la Divulgazione dell’Astronomia, it is possible to observe the passage of the Sun into the gnomon of Florence’s Cathedral, with the help and explanations of scientists.

The event will take place 12.30–1.30 pm, also under cloudy weather conditions, in the following days: