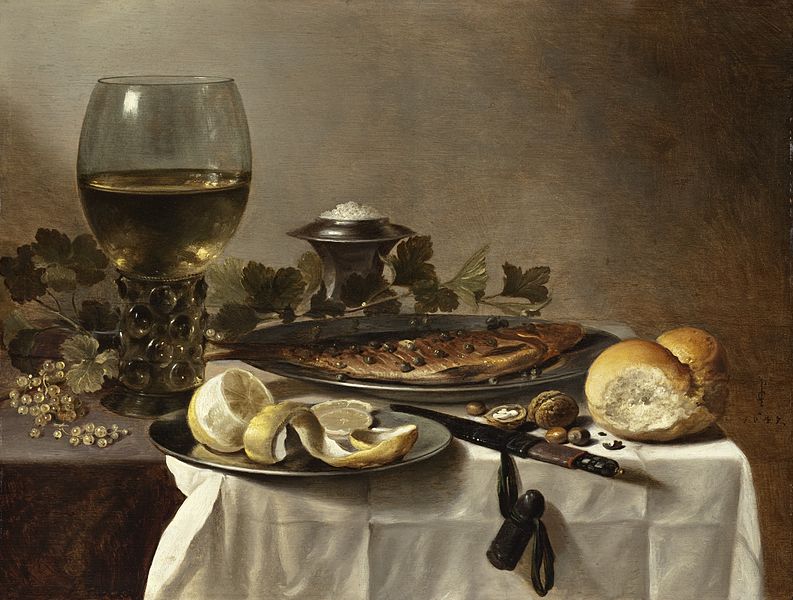 40 Days of fasting, from Ash Wednesday to Easter Friday.

The Quaresima (Lent) commemorates the 40 days of fasting of Jesus. During Lent, Christians commit to giving up certain foods.
Excluding animal fats, the list of foods allowed during Lent used to include bread, polenta with vegetable soups, ravioli with herbs, and fresh or dried fish. The poorer families ate herring with their bread. It was a dry fish, strong in taste and smell: a tasty and inexpensive food. Even just one herring, whether smoked or grilled, could satisfy the whole family’s needs.
Today in Italy this tradition is not followed as strictly as in the past, but many recipes based on seafood or vegetables and which were created for Lent have become traditional.
Oddly enough, many dishes originated from the sacrifices made by the believers during Lent; among them is codfish with potatoes.
If fasting mainly concerns the first and second courses, desserts and pastries are an exception: some of them do not taste too sweet, like rosemary bread made with a few ingredients like flour, oil, rosemary and raisins. The Quaresimali are a Lent traditional specialty made with a limited amount of ingredients: eggs, sugar and cocoa powder.

THE LAST SUPPER MENU
Bread and wine, no lamb
(introduced as a symbol of Jesus’ sacrifice)
but fish and fig pie

Over the centuries, the artists who depicted the cenacolo described and told us about the food Jesus ate, how his table was laid, the decoration of the dining hall, as well as the price of the food (and who paid the bill). Sure enough, he shared the bread and handed the wine. However, on the table there was fish, flavoured with herbs, thyme, tzir – a variety of the garum (a typical fish sauce of Roman cuisine) – and a fig pie.
In “the Last Supper” by Leonardo da Vinci hides a detail that remained secret for centuries and unnoticed by whoever examined the fresco more closely: what are Jesus and the twelve apostles eating? Art restorers gathered evidence that the menu was based on fish and that, before the Eucharist with bread and wine, the disciples had eaten grilled eels, probably garnished with orange slices.