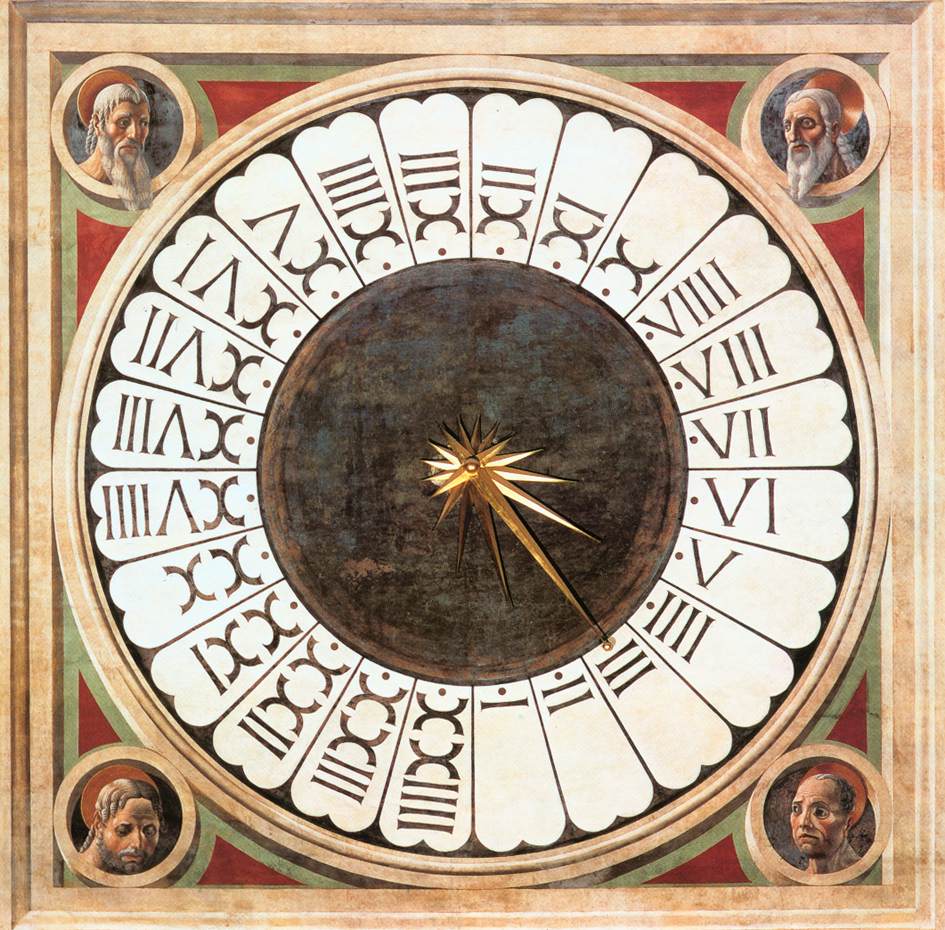 As Antoine de Saint-Exupéry wrote in the Little Prince:

It’s the time you spent on your rose that makes your rose so important.

So no fear, let’s quietly spend the time it takes to change things, to improve them. And we learn to measure time. Florence has repeatedly “measured” time both with culture, philosophy, literature, both materially and with innovative tools.

The clock … upside down

A clock that marks the time in reverse, moving counterclockwise and adjusted with the last hour of sunset and not at midnight: it is the counter-façade clock inside the Cathedral of Florence and made by Paolo Uccello, we know it from “Le Vite” by Vasari:

He made at the same time [1436-1443] and in the same church Santa Maria del Fiore, colorful, the sphere of hours above the main door inside the church …

The dial is 24 hours, in Roman numerals in ascending but counterclockwise order, and the hands move in reverse compared to the watches we know, because the hand moves counterclockwise “copying” the movement of the shadow in a sundial and the twenty-fourth hour does not indicate midnight, but the setting of the sun. For this reason, since the sunset time is not always the same, the clock is adjusted throughout the year so that the last hour of the day is always the sunset.

On the facade of Santa Maria Novella Station there is a clock, now considered an ancient facade embellishment, which was the first digital clock in Italy.

A watch that has a historical value, where the time is expressed with the numbers that rotate thanks to an electric mechanism. It was conceived in 1935 by the architect Nello Baroni who also collaborated in the construction of the station. The clock was a hymn to modernity for the 1930s, together with the same station.