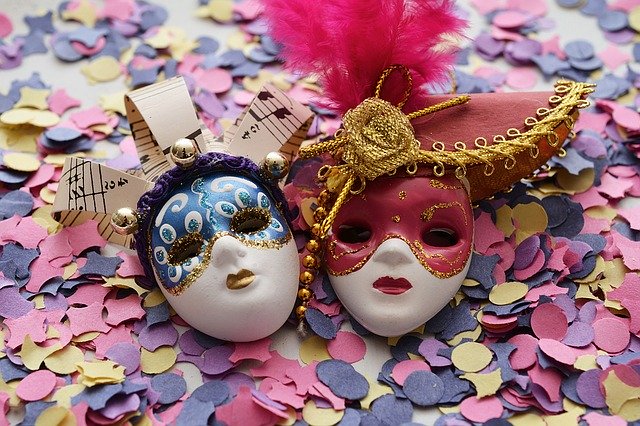 It is Carnival time or “carnasciale“ as they said in Florence. “Joyful” days in which it is allowed to exaggerate, having fun and eating … then Lent arrives.

The same term “carnival” reminds us of the origin of this festival, from the Latin carnem levare, but it also seems that “carnasciale” is the evolution and etymological provenance of “waste of meat”, that is meat in large quantities, which in this period was allowed, especially on the day of “Berlingaccio”, so on the last Thursday of Carnival.

Fat Thursday after games and jokes of all kinds, so much so that “Everything goes at Carnival“, the table must always be laid. It is celebrated with masked balls, we organize parties, dancing until dawn.

Today and since the days of Lorenzo the Magnificent always been like this,

How beautiful our Youth is

That’s always flying by us!

Who’d be happy, let him be so:

Nothing’s sure about tomorrow.

as sung The triumph of Bacchus and Ariadne, the most famous of the Carnival Songs written by Lorenzo de ‘Medici for the Carnival of 1490.

Then on “Fat Tuesday” (25th February), on the eve of the Ashes, after burning the puppet of the Carnival, Lent and the “lean days” begin, it means that without meat on the table.