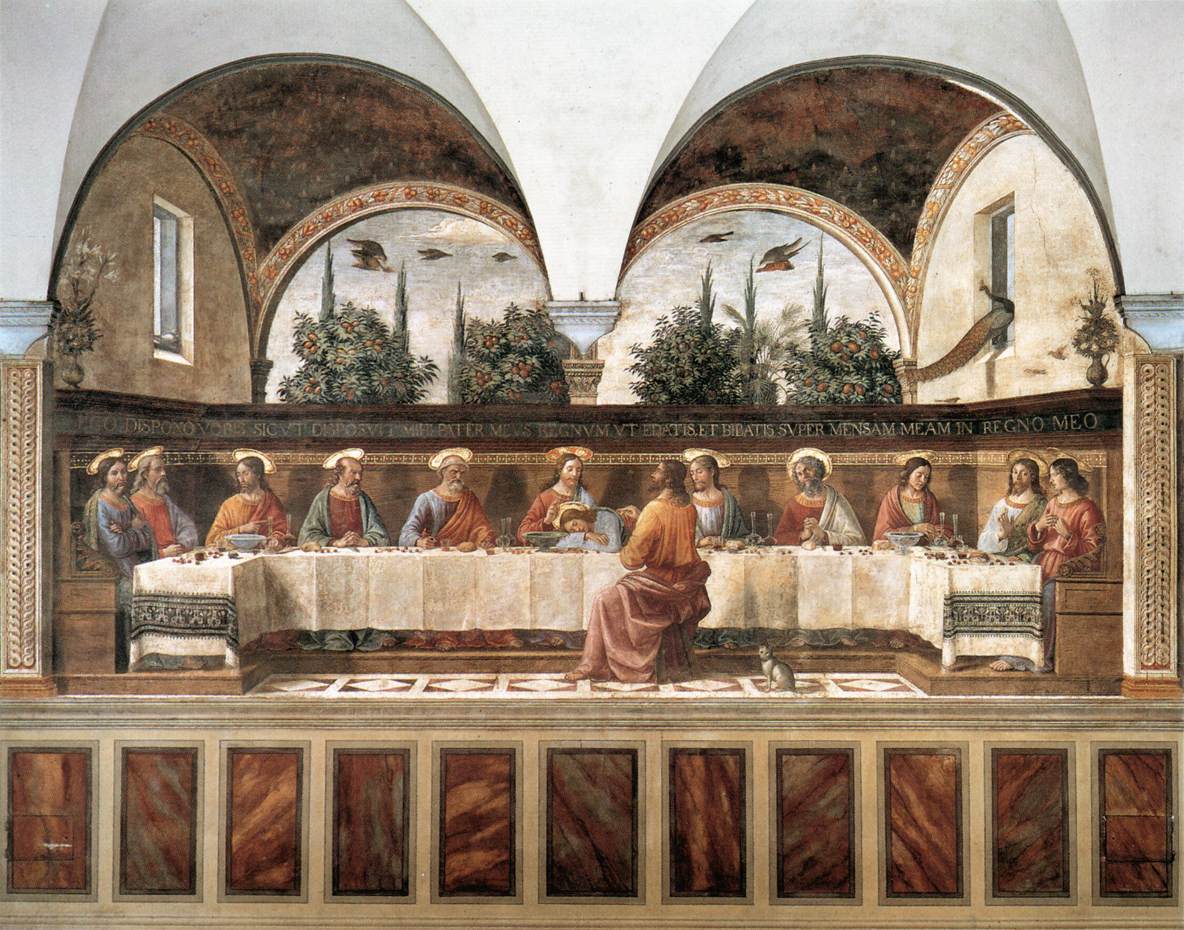 The world’s most famous cenacle (or “cenacolo” on Italian, a name defining the last supper of Jesus and his disciples, a favorite subject with painters) is definitely the “Last Supper” by Leonardo Da Vinci in Milan, but also Florence is rich in works devoted to the dinner between Jesus and his apostles. Many of them can be visited, with free entrance.
Cenacolo di Andrea del Sarto – Perhaps the most beautiful cenacolo is via di San Salvi. It was painted by Andrea del Sarto, and it dates back to ca.1527. It gave its name to the museum created in the old refectory of the Chiesa di San Michele.
Cenacolo di Santa Apollonia – In Via XXVII Aprile where once stood one of the largest nunneries. Around 1447 Andrea del Castagno embellished the wall of the refectory with a magnificent Last Supper, along with other scenes from the life of Christ still visible today.
Cenacolo di Fuligno – the Last Supper, painted by Pietro Perugino and his pupils, dating back to the first half of 1400s, is placed in the refectory in the convent of Sant’Onofrio, in Via Faenza.
Cenacolo di Ognissanti – Located in Borgo Ognissanti, it was painted by Domenico Ghirlandaio ca.1480. He also created a smaller version, now on display at the Museum of San Marco.
Cenacolo della Calza – Located off the square in Porta Romana, the church of San Giovanni Battista della Calza enshrines the glorious Cenacolo del Franciabigio, which dates back to 1514.
Cenacolo di Santa Croce – In the Basilica di Santa Croce there is a beautiful cenacolo by Taddeo Gaddi, also known as “The Tree of Life, The Last Supper and Sacred Stories”, dating ca.1355.
Cenacolo di Santo Spirito – The basilica hosts a fresco attributed to Andrea Orcagna, located in the former refectory of the Santo Spirito. It is dated between 1360 and 1365.
Cenacolo di San Marco – Here is another fresco of 1486, depicting the Last Supper of Christ. It was painted by Ghirlandaio, and is displayed at the National Museum of San Marco. It decorates the Refettorio piccolo (the small refectory), i.e. the place where the guests of the convent had their meals
Cenacolo di Santa Maria Novella – The Museum of Santa Maria Novella hosts an oil on canvas version the Last Supper and a fresco of the Stories of Moses by Alessandro Allori, dated approx. between 1585 and 1597. The fresco is located in the refectory between the two cloisters.
Cenacolo dei Santi Girolamo e Francesco – Located along the Costa San Giorgio (the road from the Ponte Vecchio, which leads to the forte Belvedere), a fresco of the Last Supper by Cosimo Rosselli, dated 1487, is on display in the ancient refectory of the former convent.