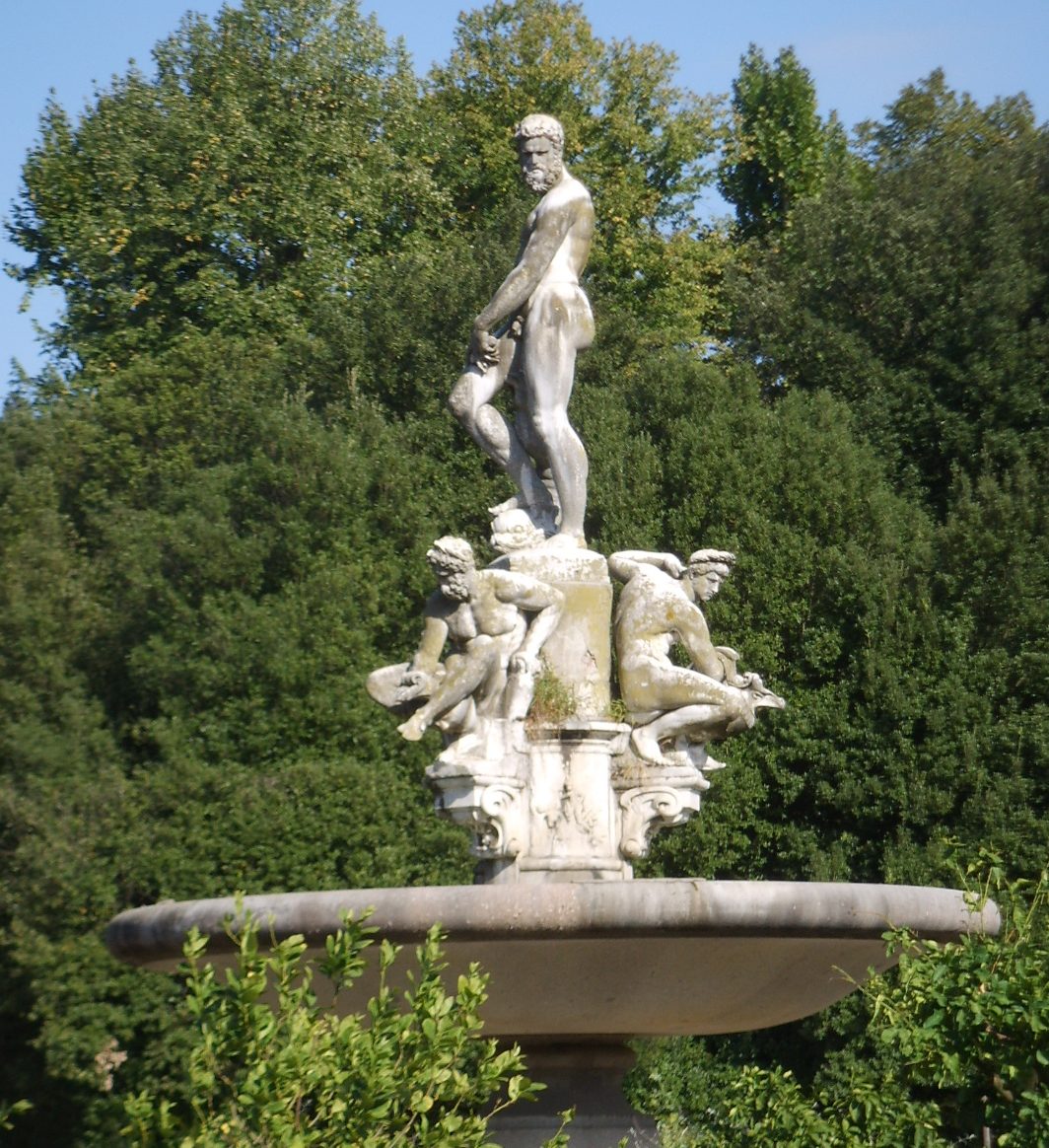 Jean de Boulogne, known as Giambologna, was born in the Flanders and died in Florence on 13th August 1608. His love for art took him first to Antwerp and then to Rome, where he met Michelangelo. His works are scattered around Florence. The itinerary to see them all starts from the Boboli Gardens and proceeds through the Piazza della Signoria up to the piazza Santissima Annunziata.

At the centre of one of the most picturesque viewing points of the Boboli Gardens is a large pond with a small island, where we can find the beautiful Fountain of the Oceanus.

In the Piazza Signoria stands the majestic equestrian statue of Cosimo I de’Medici, and under the piazza’s Loggia dei Lanzi are the two most popular sculptures by Giambologna: The Rape of the Sabines, a magnificent statue that can be perfectly viewed from any standpoint that stands next to a group of marble sculptures of Hercules and the Centaur Nessus. Giambologna’s works are also visible at the Museum of the Bargello, where a smaller statue of a flying Mercury is on display. A copy of the statue of Saint Luke can be admired in one of the niches outside the Orsanmichele church, each depicting a Saint Protector of the Guilds of Florence.

The bees of fortune

The large equestrian statue of Ferdinando I de’Medici is almost visible from the Piazza del Duomo: it can be viewed from the Via de’Servi while walking towards the piazza Santissima Annunziata. The statue looks framed within the arches of the portico of the piazza’s square.

A bronze plaque is placed at its base, depicting a swarm of bees, all perfectly displayed in concentric circles with a queen bee at its centre. The bees are an allegory of the Florentine power: the queen bee represents the Grand Duchy, whereas the worker bees are the Florentines, industrious and loyal to the establishment.

One of the most popular leisure activities for kids in Florence is counting the bees for two times in a row. It is almost impossible to give an exact number because of their arrangement, and counting them is not an easy task.